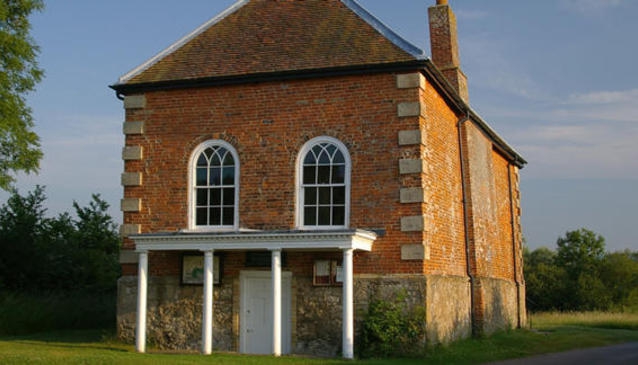 The Newtown Old Town Hall is a beautiful building, rich in history. This proud 17th century former town hall, sits in a now very quiet part of the Isle of Wight countryside, yet is a reminder of how important Newtown once was.

Newtown was a medieval 'planned' town built on a grid system in 1256. The current building is thought to have been built in 1699, on the foundations of an earlier hall. The town hall played host to various elections. Newtown used to be represented by two MPs, including George Canning who became Prime Minister. However perhaps surprisingly, the 'town hall' had no town! There are only a handful of cottages in the area, as although the nearby towns Yarmouth and Newport developed quickly, Newtown was left behind and fell into decline.

By the late 1920s the Newtown town hall was derelict and would have been left to crumble. However, in 1933 the mysterious Ferguson Gang gave Newtown Old Town Hall to the Isle of Wight National Trust, who now maintain this superbly restored island gem. The Ferguson Gang were a rather mysterious british 'gang'... a group of young women who wore masks and called each other by character names such as Red Biddy, Sister Agatha and Bill Stickers! Their cause was to help preserve examples of 'Traditional England'. They purchased the old town hall, then having given it to the National Trust, helped in attracting 600 members and donations of £900, due to a radio appeal in 1935.

Today, the Newtown Old Town Hall sits modestly in this peaceful corner of the Isle of Wight. However, it is an eye catching building, being an unexpected and fascinating find along this pretty country lane. A short stroll away is the neighbouring National Nature Reserve, Newtown harbour - the only reserve of it's kind on the Isle of Wight.

There is a National Trust car park opposite the Newtown Old Town Hall. For opening times, admission prices and exhibition information, along with other IOW National Trust attractions, please see the official National Trust website on the link provided.