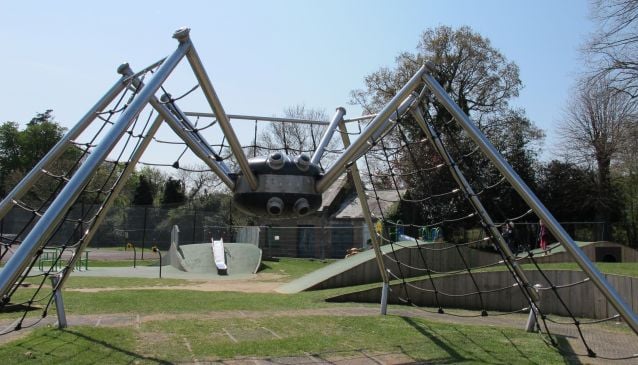 Puckpool Park is a free family attraction on the Isle of Wight. Situated in Seaview, the park is a short journey from Ryde. The park is an attractive spot and very close to Appley beach, making it the perfect day out. There are various activities on offer including mini golf, tennis, a zip-wire, a music making spider, plus various climbing frames, swings and slides. With lots of green open space, you'll find the perfect place for a relaxing picnic, or you could stop by the Puckpool Park Tea Gardens for a bite to eat.

In 1861 it was decided that a battery should be built at Puckpool, as it was believed that there may be a threat of invasion from France. During World War I it was manned, but in 1929 it was then sold and opened as a public garden. However, the battery was again used during the second world war, as a base for various military activities, including repairing damaged landing craft after D-Day in 1944. After the war, the gardens have remained peaceful as they are today. However, you can still have a wonder around the grounds and get a real sense of this history, with much of the original fort remaining.

PARK OF THE DEAD

For those of you who enjoy to be scared witless, at certain times of the year (including Halloween) the park is now invaded by the Park of the Dead! Booking is advised as this is a very popular event.

Please do take the time to watch our Puckpool Park video. Mackenzie lives locally and loves Puckpool Park, so she'd like to show you around!